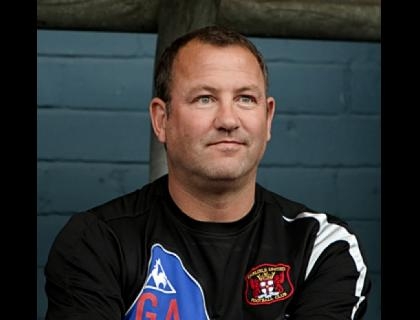 Carlisle boss Greg Abbott is hoping Chris Chantler can shake off an ankle injury in time to return against Coventry on Sunday.

Abbott is also waiting on central defender Mike Edwards, who was forced out of the action early on last week due to a hamstring injury and replaced by Peter Murphy.

Murphy will continue alongside Danny Livesey at the heart of defence if Edwards fails to make it.

Skipper Paul Thirlwell remains doubtful with the calf trouble that has dogged him this season. The midfielder missed all of November and last appeared for the Cumbrians on Boxing Day.

Striker Danny Cadamarteri is another player struggling with injury in recent weeks and he has missed the last four games due to a calf injury.

Sky Blues midfielder James Bailey will be assessed ahead of the trip to Brunton Park.

Bailey limped off shortly after half-time in Thursday night's epic Johnstone's Paint Trophy victory over Preston having been on the end of a tough tackle.

Manager Mark Robins will now monitor the on-loan Derby man, with Conor Thomas on standby to replace him at Brunton Park.

Otherwise, Robins is likely to have close to a fully-fit squad for the clash.

John Fleck came in for Franck Moussa against North End in what was the only change from last weekend's FA Cup defeat at Tottenham, with Moussa in contention to regain his starting spot having been dropped to the bench.

Long-term absentees David Bell (toe) and Callum Ball (foot) could find themselves in the matchday 18 as they move closer to full fitness.